Shares
Regarded by many as “the world’s first sports car,” the exquisite Vauxhall Prince Henry Sports Torpedo fetched £516,700 (about $655,000) at Bonhams’ auction in London on December 4 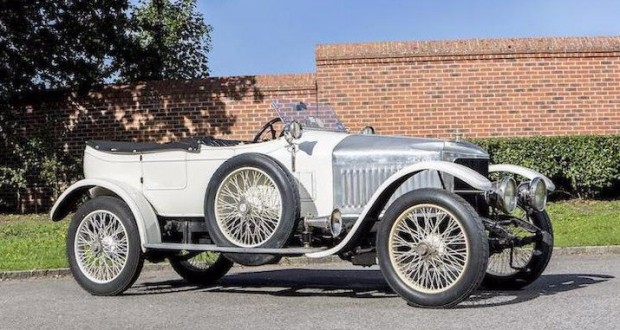 Built in 1914, the stylish motor could hit speeds of 80 mph, mighty fast for its time and a characteristic that helped win it plenty of attention among early-20th-century gearheads, according to Digital Trends.

“The car is incredibly rare,” Bonhams’ James Knight told BBC News, adding, “In comparison to what else was out there, this car was absolutely the supercar of its day.”

The sports car was designed by the acclaimed automotive engineer Laurence Pomeroy and was powered along by its 25-horsepower 4-liter engine. It was bought 100 years ago by T.W. Badgery, a British businessman who worked in the leather industry.

According to Bonhams, Badgery ran the car on “castor oil second pressings” that he obtained from his own leather works. When he went to sell the car in 1931, Badgery – or more accurately, his chauffeur – had clocked up a hefty 140,000 miles in the vehicle.

For the last half a century, however, the car had been driven by just one careful owner, Reg Long, whose recent death led to Sunday’s auction.

Over the years, Long took his prized possession on far-flung tours across Europe, showing it off at numerous car shows along the way.

And if you’re wondering if it still runs, the answer is yes. It last hit the roads earlier this year for a gentle 30-mile tootle.

At Sunday’s auction, the Prince Henry was acquired by a vintage car enthusiast from the north of England.