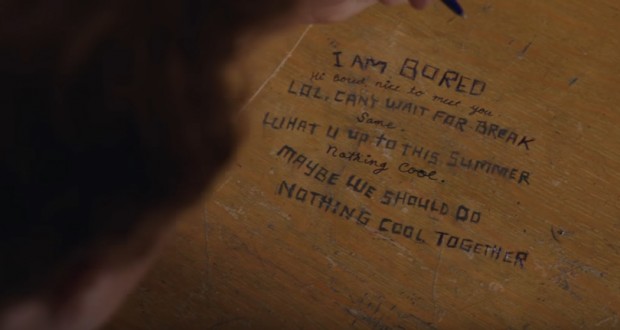 In the video, a romantic story plays out for Evan, a teenager in search of a mystery girl at his high school, The Telegraph reports.

Evan can’t wait for summer break, and he sketches a message of boredom into a desk at the school library. Someone has written back and a dialogue starts between the boy and the mysterious pen pal.

The video closed with a black background and white text reading: “Gun violence is preventable when you know the signs”.

“When you don’t know what to look for, it can be easy to miss signs of someone who is in crisis or planning violence,” Sandy Hook Promise, a non-profit organization founded and led by several family members whose loved ones were killed at Sandy Hook Elementary School in 2012, explains on its Facebook page.

The video was released just over a week before the fourth anniversary of the tragedy that saw 20 children and six teaching staff killed at Sandy Hook Elementary School by 20-year-old Adam Lanza in one of the worst mass shooting in the US.