Shares
A brand new type of HIV vaccine will move onto phase II clinical trials in 2017, after phase I trials showed that it was safe to use in humans. 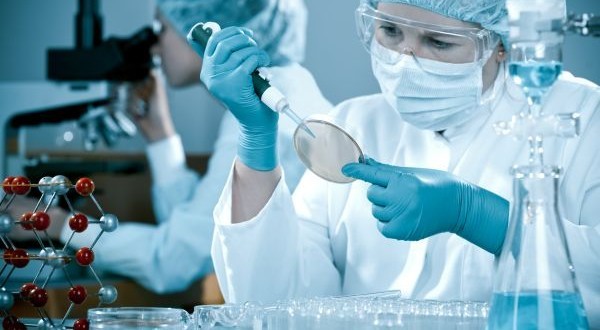 The potential new vaccine will be tested on 600 people in North America, to see how well it can prevent them from getting the virus, Joinfo.com reports with reference to Science Alert.

In the phase I trials were only set up to show that the vaccine was tolerated well by the human body.

But the team saw promising results, with the vaccine triggering an immune response in the HIV-positive patients it was tested on.

“We were very excited with the phase I results,” said team leader Chil-Yong Kang, from Western University in Canada.

The results of that trial have been published this week in the journal Retrovirology, and the researchers have announced that they’ve received regulatory approval to take the vaccine development to the next level as early as September next year.

The vaccine is known as SAV001, and it’s made in an entirely different way to previous HIV vaccine attempts – by using particles of ‘killed whole’ HIV-1 that’s been genetically modified not to infect human cells.

Killed whole virus vaccines, also known as inactivated vaccines, are one of the most common types of vaccines out there. Instead of containing just a fragment of a virus, they contain an entire virus that’s been killed or modified in some way that it can no longer harm humans.

As to SAV001, researchers have been concerned that it’s not possible to actually deactivate HIV, seeing as it’s so quick to evolve and avoid our defences.

But the Western University team swapped out some of HIV’s genes with genetic material taken from honeybees, rendering it harmless to humans.

The phase II trials will involve testing the vaccine on 600 HIV-negative volunteers across North America as early as September next year.

Around 300 of the volunteers will be from the general population, and 300 will be from groups considered high-risk for HIV infection.

The team will look at how well these people develop antibodies against HIV, and also whether or not it reduces their risk of contracting the virus.

“If we can show that this vaccine is effective in preventing people from contracting HIV, we can stop the AIDS epidemic and that would be tremendous,” said Kang. “It would be a tremendous contribution to humankind, and it would make all of our efforts worthwhile.”

If phase II trials are successful, the final step would be to conduct a worldwide study on 6,000 subjects.