Shares
Over 1000 Russian athletes from more than 30 sports who participated in the Olympic summer, winter and Paralympic Games benefited or were involved in the Russia doping conspiracy, according to the second report of the respected Canadian law professor Richard McLaren 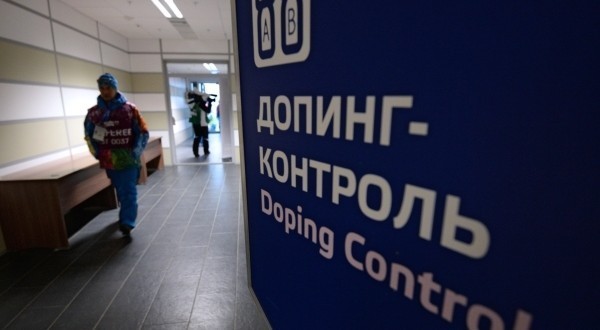 The London 2012 Olympics were “corrupted on an unprecedented scale” by Russia’s government and sports authorities, who colluded to ensure the country’s sportspeople were able to take a cocktail of banned performance-enhancing drugs yet evade doping tests, it has been revealed, The Guardian reports.

The investigation conducted by Dr McLaren on behalf of the World Anti-Doping Agency also found evidence that more than 1,000 Russians athletes across more than 30 sports – including football – were involved in or benefited from state-sponsored doping between 2011 and 2015.

McLaren said he had found “an institutional conspiracy across summer, winter and Paralympic sports” in Russia and “a cover-up that operated on an unprecedented scale”.

He added: “It is impossible to know just how deep and how far back this conspiracy goes. For years, international sports competitions have unknowingly been hijacked by the Russians. Coaches and athletes have been playing on an uneven field. Sports fans and spectators have been deceived.”

In particular McLaren pointed to Russia’s behaviour before the London 2012 Olympics, with many athletes given a cocktail of undetectable steroids by the Russian Anti-Doping Agency before the Games. The athletes were then subject to “washout testing”, used to ensure they did not test positive at the Olympics.

“The results speak for themselves,” said McLaren. “The Russian team won 24 gold, 26 silver and 32 bronze medals. No Russian athlete was found positive for a prohibited substance during the Games and the testing at the time.”

“Yet the Russian Olympic team corrupted the London Games on an unprecedented scale, the extent of which will probably never be fully established.”

McLaren’s first report, published last July, detailed how major events in Russia – including the 2013 World Athletics Championships in Moscow and the Sochi Winter Olympics a year later – had been corrupted by the Russian government, the ministry of sport and the FSB – the state security service and the successor to the KGB – who ensured those athletes who were taking banned substances did not test positive in tests.

But on Friday McLaren’s second report – which was based on interviews, emails, and the review of over 4,000 Excel spreadsheets, many of which he has published on the website www.ipevidencedisclosurepackage.net – added further meat to those bones. He found that some athletes’ urine samples had “physically impossible salt levels” – indicating tampering by the authorities – and others, including two female hockey players, had male DNA in their urine samples. This, said McLaren, provided “incontrovertible confirmation that the original samples had been tampered with and swapped”.

“We are increasing the number of athletes involved, as well as the scope and conspiracy and cover-up,” he added. “A cover-up that dates back to at least 2011 and continued after the Sochi Winter Games. A cover-up that evolved over the years from uncontrolled chaos to an institutionalised and disciplined medal-winning and conspiracy. A cover-up that operated on an unprecedented scale.”

McLaren concluded by saying that a “dark secret” had been brought out in the open – but insisted that Russia could yet reform itself. “Can they be trusted? I think the answer is yes but they have to reform themselves,” he said.

Responding to McLaren’s second report, Sebastian Coe, the president of the International Association of Athletics Federations, said: “The IAAF has been at the forefront of anti-doping since 1928 when we were the first international federation to prohibit doping in sport. We will continue to test intelligently, retest smartly, work collaboratively and seek swift justice. The independent Athletics Integrity Unit launching in April 2017 will give us, and clean athletes the world over, the strongest platform possible to deliver this.”

In their own statement, the International Paralympic Committee (IPC) said: “The full findings of the report are unprecedented and astonishing. They strike right at the heart of the integrity and ethics of sport.

“We wholeheartedly agree with Professor McLaren that the best course of action is to work together to fix the broken and compromised anti-doping system in Russia. The recently appointed IPC taskforce looks forward to working closely with our member the Russian Paralympic Committee to do just that.”