Shares
The charity has released a disruptive and beautiful animation that imagines a world where Father Christmas has dementia and can no longer visit children across the world on Christmas Eve. 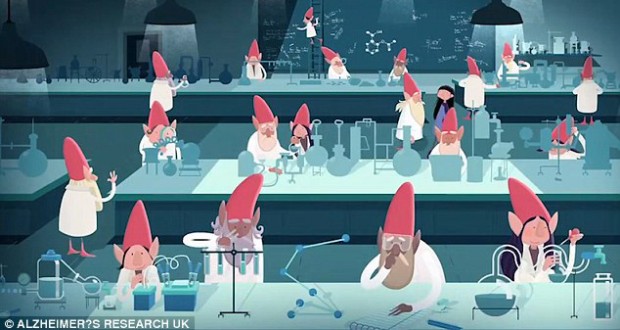 The clip by Aardman Animations highlights the varied symptoms of dementia and raises awareness of the diseases that cause it, most commonly Alzheimer’s, Daily Mail reports.

Narrated by Steven Fry, Santa Forgot follows a young girl called Freya, who has never received a present from Father Christmas because of his condition.

So, she travels to the North Pole to support Santa, and re-mobilises his redundant elves as dementia researchers.

‘If Santa has a disease, research can find a way to fix it,’ Freya says.

“From the moment I was told about Santa Forgot I wanted to lend my support – it is an inspiring and beautiful take on a Christmas tale,” Stephen Fry said.  “I urge people up and down the country to get behind the campaign so we can fuel the fight against dementia and take a step forward to making it history.”

More than 850,000 people in the UK have dementia, a condition which has an economic impact in the UK of over £24bn a year, more than cancer and heart disease combined. It is also the leading cause of death of women in the UK.

Hilary Evans, Chief Executive of Alzheimer’s Research UK, said: ‘We have made enormous strides against diseases like cancer and AIDS, and with the right research we can do the same for dementia. Santa Forgot reminds us to believe in the power of research.”