Is ‘ghost hotel’ in North Korea going to open?

Shares
The world’s biggest Ryugyong Hotel with 3,000 rooms on 105 floors is going to open finally after thirty years after the construction started in the North Korean capital Pyongyang 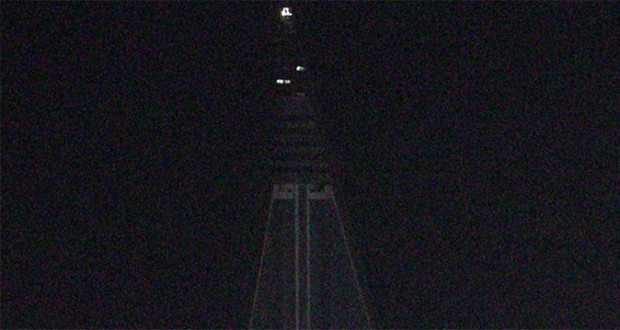 The construction of the world’s biggest hotel in Pyongyang began in 1987. The hotel was supposed to boost North Korean tourist industry. But it was abandoned in 1992, reportedly because of the poor quality of materials. The budget of the project is about $480 million, Joinfo.com reports with reference to NK News.

The lights were turned on in at least three rooms by night at the top of the Pyongyang Ryugyong Hotel this October, suggesting construction may have resumed at the troubled pyramid-shaped building. It is notable because there has been no sign of construction since window panes and a telecommunications mast were added in 2011.

Naguib Sawiris,  Orascom CEO, the Egyptian company behind the construction, reportedly flew to  Pyongyang this week on a private jet, apparently to discuss the future of the building.

Orascom was suspected of having spent millions on the building, but photos released by the Beijing-based Koryo Tours agency showed in 2012 that the structure was still empty, without fixtures or furnishings visible.

“I’m very surprised to see the top of the Ryugyong lit,” said Peter Ward, a Seoul-based North Korea researcher.“The fact they have added an aircraft warning light is interesting, if slightly puzzling.”