Shares
A new spider species was discovered by and named after the mighty wizard in J.K Rowling's ‘Harry Potter’ books because the spider resembles the magical Hogwarts sorting hat by its form and color 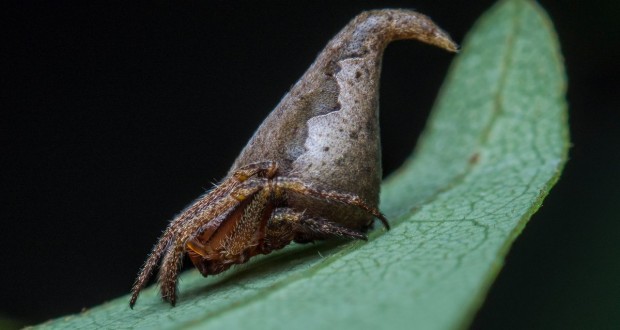 The new spider species found in India is barely 7 mm in length. It has been scientifically named Eriovixia gryffindori after the wizard Godric Gryffindor in J K Rowling’s series of books and films about Harry Potter, Joinfo.com reports with reference to Indian media.

The finding was published on Saturday in the Indian Journal of Arachnology. The credit for this spider discovery goes to researchers and naturalists Javed Ahmed, Rajashree Khalap and Sumukha Javagal. This team of researchers had earlier described five new spider species in the last two years.

Javed Ahmed wrote on Twitter about this fascinating creature. J.K. Rowling has already responded to the news and tweeted that they have discovered a new ‘Fantastic Beast’ for the collection.