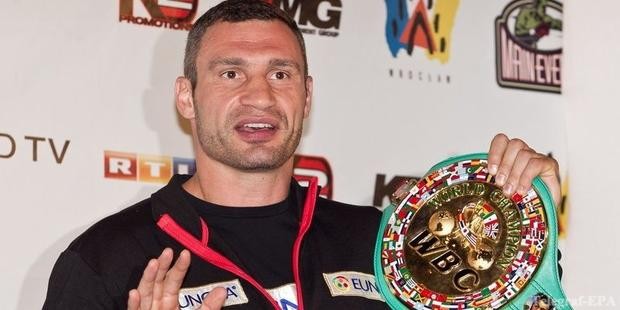 Ukrainian Vitali Klitschko last fought in 2012, before relinquishing the WBC heavyweight title the following year to focus on a career in politics. Today the Mayor of the Ukrainian capital Kyiv has received an award from WBC as the ‘Eternal World Heavyweight Champion’, Boxing News reports.

Klitschko, visibly delighted with the award, said: “Nothing is impossible. I was born in the Soviet Union, a big country where professional boxing was forbidden. I would watch Mike Tyson when he became the youngest world heavyweight champion in 1986, and I said to my friends, ‘Do you know what boys? One day I will be fighting guys like that. One day I will be world heavyweight champion.’

“And one day I wore that green belt that was once Tyson’s, that belonged to Muhammad Ali. For a while, it was mine.”

“It’s very important to have a dream, and to do everything you can to make that dream come true.”

Klitschko, 45, afterwards spoke of his desire to bring the WBC Convention – which officially opened today – to Kyiv in the future. As a fighter he twice held the WBC heavyweight title, and never lost it in the ring.