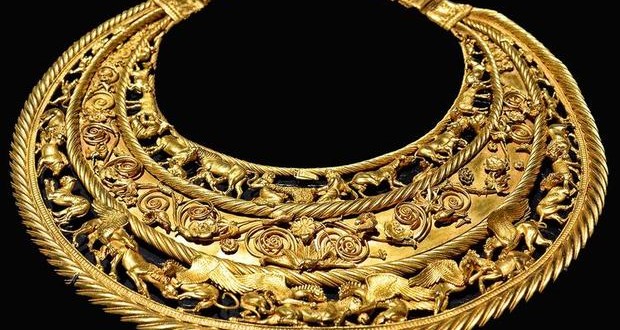 The collection of Scythian gold and other treasures from Crimean museums has been exhibited at the Allard Pierson archaeological museum in the Netherlands since early 2014, Joinfo.com reports with reference to the Dutch media.

While the exhibition was running, Russia annexed Crimea from Ukraine, and the Dutch museum decided to keep the treasures until the court decides where they should be sent back to: the Crimean Museums and thus indirectly to Russia, or to Kyiv, and thus to Ukraine.

Both parties had filed a case.

On Wednesday the court ruled that the treasures should be sent back to Ukraine as the sovereign state which loaned them to the museum, on the basis of a UNESCO treaty.

The judge based his decision on the UNESCO Convention of 1970, which guarantees the protection of cultural property. Both Ukraine and the Netherlands are partners of the convention. Crimea is no partner, and is not recognized in the Netherlands as a sovereign state.

The judge ruled that Ukraine will receive the collection that belongs to the Ukrainian cultural heritage, but Ukraine will have to pay the fee for storing the treasures at the Allard Pierson Museum and the insurance of about 111,000 euros.

The parties have three months to appeal.

Russia has already claimed to appeal the decision, but Ukraine is considered to win the litigation.