Shares
A new video shows that just one tablespoon of olive oil poured over water can spread out within minutes, calming the waves around you. 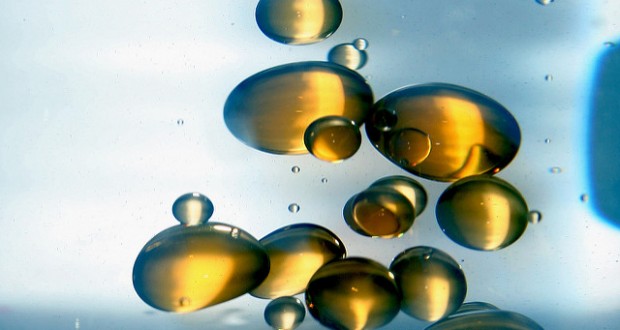 Dr Greg Kestin, a lecturer in physics at Harvard University, posted a video of his experiment on YouTube, Daily Mail reports.

The oil spreads out to form a layer just one molecule thick, preventing wind from whipping up waves on the surface.

The phenomenon occurs because oil molecules are double sided.

One end is attracted to water and so flips towards it, and the other end stands upright because it’s repelled by water.

When you put oil on water, the oil molecules flip onto their negatively charged heads because they’re attracted to positively charge parts of the water molecules.

Because of this, all the oil molecules have to spread out to form a layer that’s just one molecule thick.

Dr Kestin said: ‘Usually, the wind builds up waves by getting traction on the surface of the water.

‘But here, the oil acts like a tangled shaggy carpet on top of the water, which doesn’t bend or stretch easily, so instead of making waves, the wind just drags the carpet across the water.’

The well known trick was used by Benjamin Franklin, one of the founding fathers of the US, who used to prank people by carrying around oil in his walking stick, convincing them he had the ability to calm waves.

And the trick doesn’t just work on lakes and streams – it works on the sea too.

Sailors used to pour out their cooking oil on water if there was a storm to make sailing smoother.