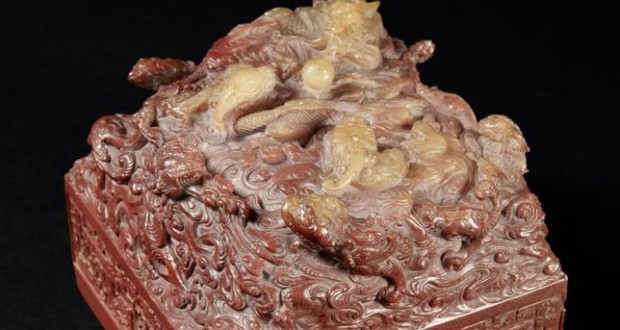 The seal was sold to an unnamed Chinese collector in Paris on Wednesday after a heated bidding war at Drouot auction, the BBC reports.

The palm-sized seal is made of red and white steatite, a type of mineral rock. It was one of hundreds owned by Emperor Qianlong, one of the longest serving Chinese emperors.

The latest seal sold was originally acquired by a young French naval doctor who visited China in the late 19th Century, and had remained in his family ever since.

Emperor Qianlong, an avid art collector who ruled China for much of the 18th Century, was an artist himself who would use seals to sign his works, and commissioned some for their intricate craftsmanship.

The seal sold on Wednesday features nine dragons which signify masculinity and the imperial authority.

More than 1,800 Qianlong seals were made, out of which 700 disappeared. Another 1,000 are kept by China’s Palace Museum in Beijing’s Forbidden City.