Shares
A US oceanographic vessel Thursday had its underwater drone stolen by a Chinese warship literally right in front of the eyes of the American crew, a US defense official told CNN Friday. 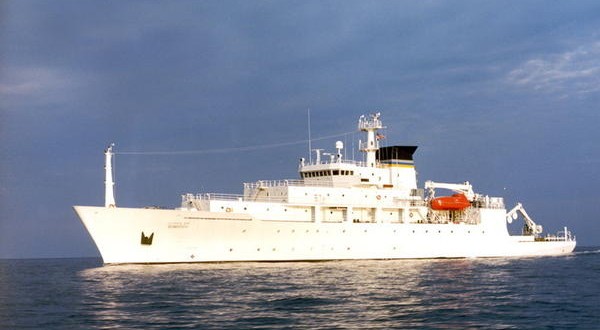 In the latest encounter in international waters in the South China Sea region, the USNS Bowditch was sailing about 100 miles off the port at Subic Bay when the incident occurred, according to the official, CNN reports.

Bowditch had stopped in the water to pick up two underwater drones. At that point a Chinese naval ship that had been shadowing the Bowditch put a small boat into the water. That small boat came up alongside and the Chinese crew took one of the drones.

The US got no answer from the Chinese on the radio when it said the drone was American property, the official said.

As they turned away, the Chinese did come up on the radio and indicated they were returning to their own operations.

US oceanographic research vessels are often followed in the water under the assumption they are spying. In this case, however, the drone was simply measuring ocean conditions, the official said.

The Pentagon has not officially commented on the incident.

Although it’s unclear what the motivation was for the Chinese, the seizing of the drone comes on the heels of other provocative incidents that have happened since President-elect Donald Trump received a congratulatory call with Taiwan’s President, a violation of the US’s agreement with China’s “One China policy”. China publicly voiced their disapproval of that incident and contacted the White House at the time.