Hubble takes a closer look at a galaxy in Grus constellation 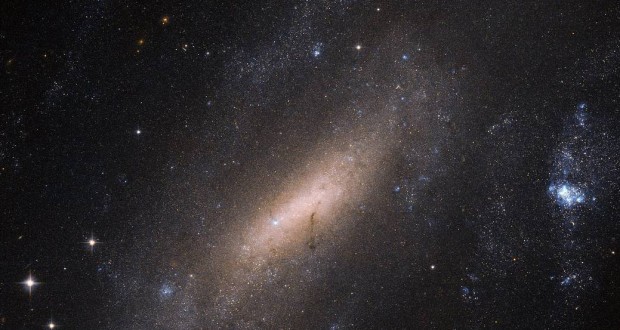 IC 5201 is a barred spiral galaxy that sits over 40 million light-years away from us.

Joseph Lunt, a British–South African astronomer discovered this galaxy in 1900, looking at the southern constellation of Grus (The Crane) through a telescope at Cape Town Observatory.

Hubble’s ACS can resolve individual stars within other galaxies, making it an invaluable tool to explore how various populations of stars sprang to life, evolved, and died throughout the cosmos. It should be recalled that NASA’s Juno spacecraft has recently spotted the seventh of eight features forming a ‘string of pearls’ on Jupiter — massive counterclockwise rotating storms that appear as white ovals in the gas giant’s southern hemisphere.