Shares
Ukraine’s #1 ranked cruiserweight contender Oleksandr Usyk has retained his WBO junior heavyweight belt when he stopped South Africa’s Thabiso Mchunu in the ninth round at the Forum in Inglewood, California on Saturday night. 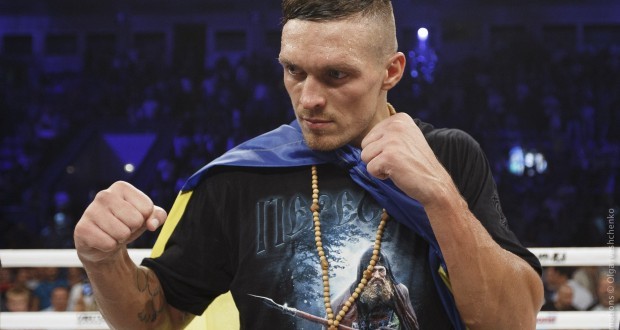 Referee Lou Moret waved the fight off at 1:53 of the ninth round after Mchunu had been down for the third time, Joinfo.com reports with reference to Supersport.

However, Mchunu did score with counter left hands in this all southpaw battle, but Usyk began to land the more accurate punches as the bout progressed.

Mchunu was put down with a left uppercut in the sixth round. He was sent down again in round nine with a flurry of punches before Usyk scored the final knockdown later in the round with a left hook.