Shares
The Chinese government has returned the US underwater drone it seized last week in the South China Sea, according to Chinese and US officials. 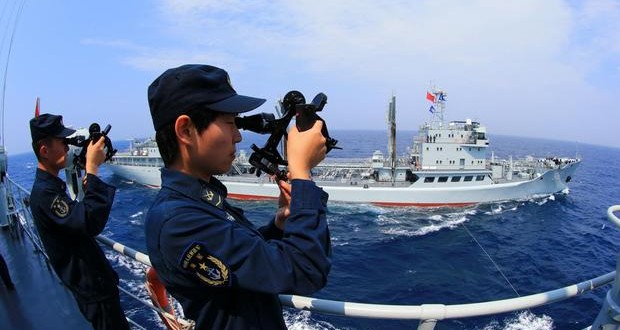 “After friendly consultations between China and the United States, the transfer of the US underwater drone was smoothly completed,” a statement from the Chinese Ministry of Defense said, according to CNN.

The Pentagon said the United States would continue to investigate the “unlawful” seizure, which took place in international waters about 50 miles northwest of Subic Bay in the Philippines.

“The US remains committed to upholding the accepted principles and norms of international law and freedom of navigation and overflight and will continue to fly, sail, and operate in the South China Sea wherever international law allows, in the same way that we operate everywhere else around the world,” the Pentagon said in a statement.

China has built up military bases in the South China Sea, which is home to a tense territorial dispute.

The incident has threatened to further unsettle ties between China and the US, where President-elect Donald Trump has shown himself increasingly willing to confront and challenge Beijing on a range of issues.

Analysts said the drone grab may have been at least partly in response to Trump’s recent comments on China and his questioning of a long-standing US policy that Taiwan is part of China.