Five killed in cargo plane crash on takeoff in Columbia

Shares
Boeing 727 of the Aerosucre airline has crashed on takeoff in Puerto Carreño in eastern Colombia. Five people were killed and one injured person was taken to the hospital. 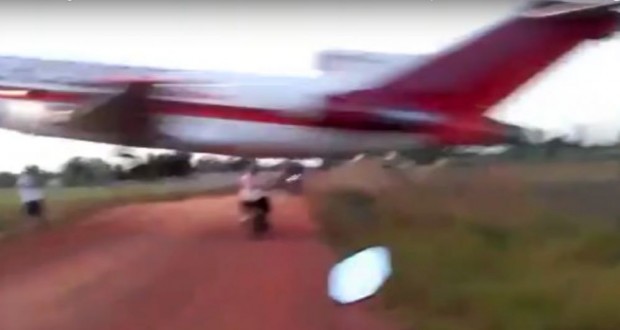 The cargo aircraft was going to the Colombian capital Bogota. It crashed at the takeoff from the German Olano airport in Colombia, near the Venezuelan border, as it overshot the runway and smashed into a fence. It happened last night at 17:23 pm local time.

A technician, the only survivor in the crash, was taken to hospital in critical condition, according to the aviation authorities.

A footage of the moments before the accident was posted on the Internet. The video shows bystanders fleeing from the plane that flies too low on takeoff.

The cause of the crash is still unknown.