Shares
The German magazine Bild has published the first video of the attack in Berlin. 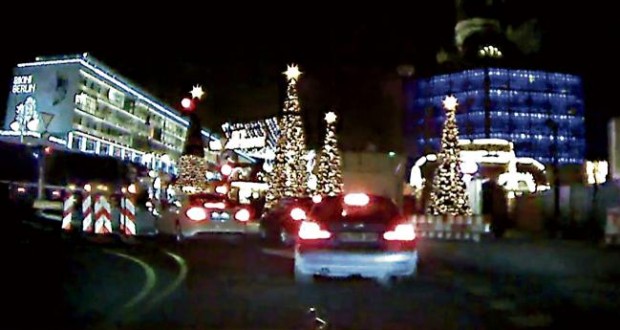 The footage filmed by a dashcam of a motorist shows the speeding truck plowing into the Christmas market. The video was published by the German magazine Bild.

On this video, the truck suddenly comes from the left and goes into the Christmas market without brakes. Then you can see the market visitors running away in panic from the crash site.

The motorist then heads towards the Christmas market. When he drives around the corner, the image of the stopped truck reappears.

It should be recalled that German police has intensified the search for Anis Amri, a suspect in the Berlin Christmas market attack, who has already been known to police.

In their search for Amri, police raided a refugee shelter early Thursday morning in Emmerich and apartments in Dortmund where the Berlin Christmas market attack suspect reportedly lived prior to moving to the German capital, authorities said.