Shares
Australian police say they have foiled a terror attack planned for Melbourne on Christmas Day. 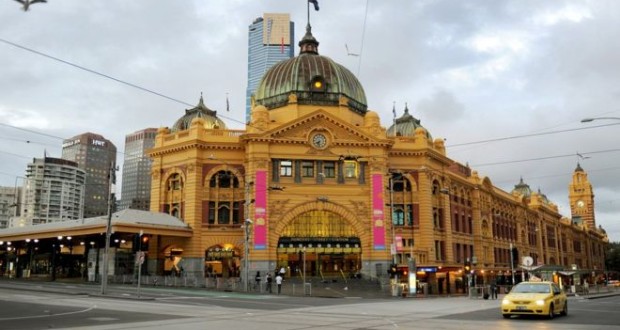 Five men are in custody after early-morning raids on Friday, Victoria Police chief Graham Ashton said, according to the BBC.

He said the threat involved “use of explosives” and other weapons including “knives or a firearm”.

The threat was to prominent city locations including Flinders St Station, Federation Square and St Paul’s Cathedral, he said.

Mr Ashton said there was no longer a threat to the public.

“We don’t have any threat over and above that threat that we’ve currently neutralised,” he said at a press conference.

Four of the suspects were Australian-born men in their 20s of a Lebanese background, while the fifth was an Australian of Egyptian origin, Mr Ashton said.

He claimed they were “self-radicalised” but inspired by propaganda of the so-called Islamic State.

Another man and a woman were arrested in the raids, but later released without charge.

Mr Ashton said the raids on five locations in Melbourne’s north and west came after weeks of police surveillance.

“We believe that there was an intention to conduct what we call a multi-mode attack, possibly on Christmas Day,” he said.

“But we will not let them.”

Victorian Premier Daniel Andrews said the alleged plans “were not acts of faith”.

“They were in their planning, acts of evil,” he said.