Shares
A breathtaking natural-color image from the Landsat 7 satellite shows a new look at the remarkable snowfall from space. 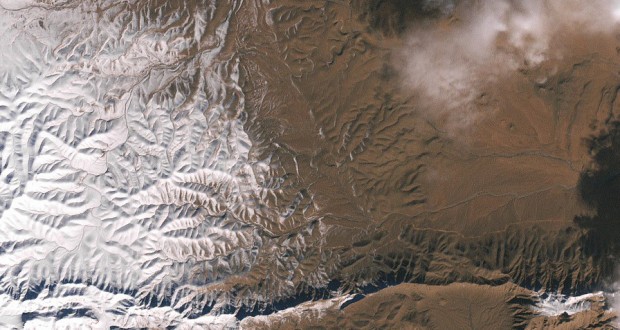 Three days ago, the Sahara Desert was blanketed in snow for the second time in 37 years, and it all disappeared by the next day.

A new view, revealed by NASA’s Earth Observatory, shows the scene captured by the Enhanced Thematic Mapper Plus on the Landsat 7 satellite, Joinfo.com reports with reference to the Daily Mail. It shows the snow blanketing an area in North Africa on December 19, focusing on a region near the border of Morocco and Algeria, south of the city of Bouarfa and southwest of Ain Sefra.

The last recorded snowfall in this region, sometime referred to as the ‘gateway to the desert’ was in February 1979.

Stunning images (below) of the event in the Algerian town of Ain Sefra were first shared by amateur photographer Karim Bouchetata: