Shares
An experimental Ebola vaccine completely protected people from the killer virus at the end of the west African epidemic, researchers report. 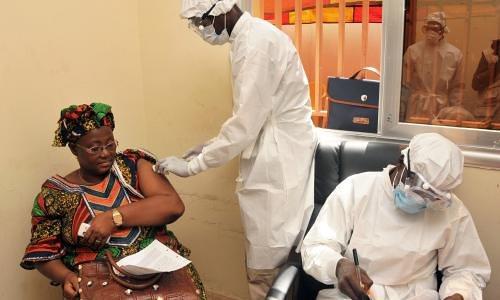 The team led by the World Health Organization has completed an Ebola vaccine that works completely. They used the same strategy that was used to eradicate smallpox in the 1970s. Called ring vaccination, it calls for vaccinating people who have been in contact with patients, and contacts of contacts.

“Vaccine efficacy was 100 percent,” they wrote in their report, published in Friday’s issue of the Lancet medical journal, Joinfo.com reports with reference to NBC News.

“While these compelling results come too late for those who lost their lives during West Africa’s Ebola epidemic, they show that when the next Ebola outbreak hits, we will not be defenseless,” said WHO’s Dr. Marie-Paule Kieny, who led the trial.

It’s not a surprise – researchers had been working on an Ebola vaccine for years but because the virus only usually caused occasional, small outbreaks, it was hard to test it. Plus, no governments or companies had invested the time or money needed to develop a vaccine.

Then the epidemic started in Guinea, Sierra Leone and Liberia in late 2013. By the time it was completely stopped earlier this year, it had infected 28,000 people and killed more than 11,000 of them.

This vaccine was developed by the Public Health Agency of Canada, which licensed it to a company called NewLink Genetics. Pharma giant Merck & Co. bought the license and is making it.

It uses an animal virus called vesicular stomatitis virus (VSV). The virus is harmless to people. Vaccine makers genetically engineered it to carry a little piece of Ebola DNA to stimulate an immune response.

By the time all this work was done, the epidemic was waning. It’s hard to test a vaccine if disease is not spreading, but the international team tried it out in a coastal region of Guinea where Ebola cases were still being reported.

The virus spreads by direct contact, either between people or with bodily fluids such as blood from someone very ill with Ebola, or who has died from it.

Half got vaccine and half did not.

The trial was stopped when it became clear that the vaccine was truly protecting people from infection, even after they’d been in direct contact with an Ebola victim.

GAVI, the Vaccine Alliance, has made a $5 million down payment to Merck to make sure the vaccine is available when it’s next needed. Merck has promised to make 300,000 doses of the vaccine available for emergency use.

“Ebola left a devastating legacy in our country. We are proud that we have been able to contribute to developing a vaccine that will prevent other nations from enduring what we endured,” said Dr KeÏta Sakoba, coordinator of the Ebola response in Guinea.