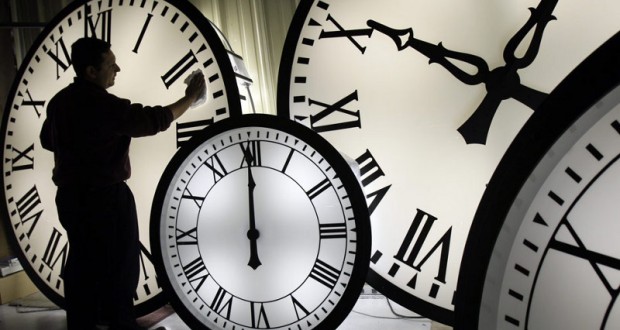 A “leap second” will be added to the world’s clocks on the last day of the year. The extra second is necessary because the rotation of the Earth is not regular. It sometimes speeds up and sometimes slows down because our planet “brakes” for ocean waves, according to Tech Times.

U.S. Naval Observatory public affairs officer Geoff Chester explained that time was historically based on the mean rotation of our planet relative to celestial bodies and the second was defined based on this reference frame.

The Earth decelerates because of the braking action of ocean tides caused by the gravitational forces of the moon. As a result, the Earth’s rotation gradually slows compared with atomic clocks. The astronomical time gradually falls out of sync with atomic time.

Leap seconds have been added when needed since 1972 to reconcile the difference between the two systems.

“Leap seconds are added in order to keep the difference between UTC and astronomical time (UT1) to less than 0.9 seconds,” the National Institute of Standards and Technology of the U.S. Department of Commerce said. “Usually leap seconds are added when UTC is ahead of UT1 by 0.4 seconds or more.”

If leap seconds were not added, there would be a difference of up to three minutes by 2100 and a 30-minute difference by 2700.

Although the additional second does not seem to have much effect on an average person, it can be critically important for some digital systems that are used today such as telecommunication. In July 2012, a leap second caused problem on popular websites and social media sites such as Reddit, Instagram, Pinterest and Netflix. Time discrepancies could also affect systems beyond Earth.

“Think about Juno in orbit around Jupiter,” Jean Dickey, from Jet Propulsion Laboratory, has explained. “With all our antennas on Earth, an error in time means an error in Earth rotation, which would end up being a navigation error. It could really wreak havoc with the mission.”