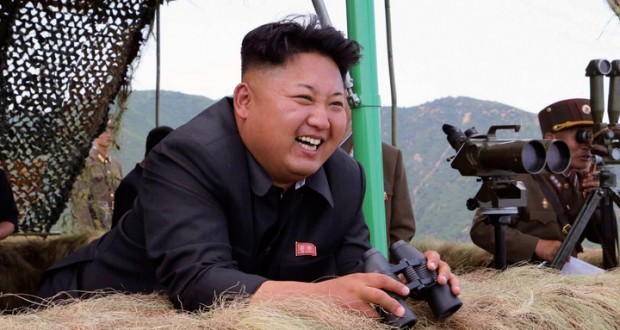 North Korea tested ballistic missiles at an unprecedented rate during 2016, although some experts have said it is years away from developing an ICBM fitted with a nuclear warhead capable of reaching the U.S., according to Reuters.

The country has been under U.N. sanctions since 2006 over its nuclear and ballistic missile tests. The sanctions were tightened last month after Pyongyang conducted its fifth and largest nuclear test on September 9.

A successful ICBM test launch would mark a significant step forward for secretive Pyongyang’s weapons capability. ICBMs have a minimum range of about 5,500 km (3,418 miles), but some are designed to travel 10,000 km (6,214 miles) or further. California is roughly 9,000 km (5,592 miles) from North Korea.

U.S. State Department spokeswoman Anna Richey-Allen on Sunday called on North Korea “to refrain from provocative actions and inflammatory rhetoric that threaten international peace and stability, and to make the strategic choice to fulfil its international obligations and commitments and return to serious talks.”

She urged “All states to use every available channel and means of influence to make clear to the DPRK and its enablers that launches using ballistic missile technology are unacceptable, and take steps to show there are consequences to the DPRK’s unlawful conduct.”

The Musudan is designed to fly about 3,000 km (1,860 miles), posing a threat to South Korea and Japan, and possibly the U.S. territory of Guam.