Will the world end in October? Conspiracy theorist claims mysterious planet Nibiru will smash into Earth

Shares
The world could be set to end in October this year when a giant mysterious planet collides with our own - according to a conspiracy theorist. 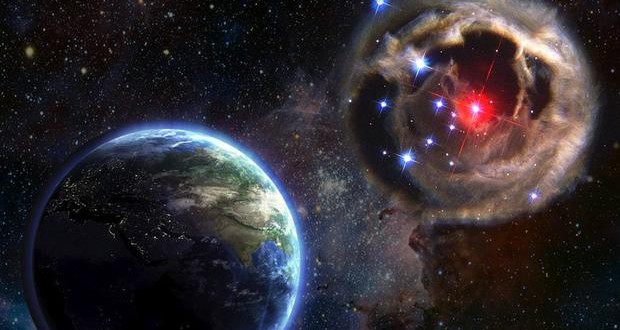 David Meade, author of the book ‘Planet X – The 2017 Arrival’, believes a star, which he calls ‘a binary twin of our sun’, is coming ‘at us towards the south pole’, according to the Daily Mail.

He says the star will bring with it ‘seven orbiting bodies’, including Nibiru, a large, blue planet that he also refers to as Planet X hurtling towards our planet.

Nibiru, sometimes referred to as Planet X, is a hypothesised planet on the edge of our solar system.

Conspiracy theorists believe the gravitational influence of the ‘rogue planet’ Nibiru disrupted the orbits of other planets hundreds of years ago.

David Meade believes the planet is set to hit into our planet in October this year, after being driven here by the gravitational pull from a ‘binary star’ twinned with the sun – of which there is no evidence.

He says the star is difficult to spot because of the angle it is approaching Earth.

Writing a piece for Planet X News, Mr Meade said: ‘This system is, of course, not aligned with our solar system’s ecliptic, but is coming to us from an oblique angle and toward our South Pole.

‘This makes observations difficult, unless you’re flying at a high altitude over South America with an excellent camera.

In his book, he claims to put forward scientific evidence, but readers commenting on the book say the argument quickly develops into a religious argument.

One reviewer says: ‘on his website he focuses on facts and science, astronomical “evidence” to lure some readers into his material, but after a dozen pages it starts to get all religious for almost 40 pages, more than a 1/3 of the book, mentioning visions and dreams.’

He continues, the ‘author mentions several times how certain things are “facts” just because “God said so on the Bible”, and then goes on and on over the rapture.’

Entrepreneur Robert Vicino believes it could be true, and said the ‘elites’ might already be preparing for the end.

He told the Daily Star, ‘You have to ask yourself, why did Russia just have a drill for 40 million people?

‘There is no doubt about it is coming. It is going to be epic, right out of the Bible.’

Mr Vicino owns a company that builds underground bunkers to ‘protect us from a coming life-extinction event’, according to his website.

The scientific community does not agree Nibiru exists.

‘Nibiru and other stories about wayward planets are an internet hoax,’ Nasa has said previously. ‘Obviously, it does not exist.’

Nibiru is a different planet to the Planet Nine, which is also sometimes referred to as Planet X, that was proposed by astronomers in Caltech in January last year

Nibiru was widely predicted to hit our planet in December 2015, and before that in September.

It was also predicted to smash into our planet to coincide with the Mayan apocalypse that did not occur in 2012.

Even before that it was predicted Nibiru it would destroy the world in 2003.