Shares
Low visibility caused by fog and smog in large parts of China is disrupting traffic after the New Year holiday. 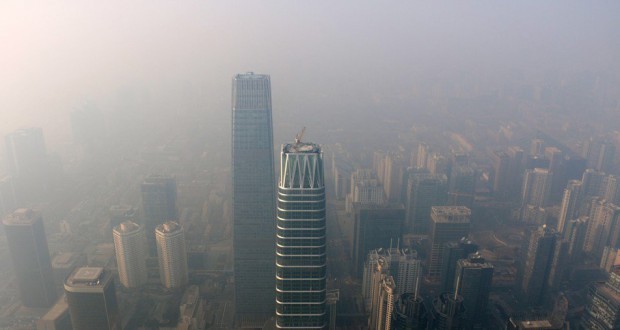 Many regions in China have been under heavy smog since Friday, disrupting traffic. Beijing on Sunday extended its orange alert for heavy air pollution until midnight on Wednesday, according to CCTV.

China’s national observatory on Tuesday issued a red alert for fog and renewed an orange alert for smog in a number of northern, eastern and central regions. A total of 164 arrivals and departures at the airport in Shijiazhuang, the capital of north China’s Hebei Province, had been canceled as of 4:30 p.m., the airport said. Additionally, four flights were forced to land at other airports and another 23 flights were delayed due to low visibility.

In east China’s Shandong Province, 80 flights had been canceled or delayed at the airport in the capital, Jinan City, as of 11 a.m.

About 180 flights were canceled over the past two days in neighboring Henan Province, with visibility falling to just 10 meters Tuesday morning. The airport resumed operations in the afternoon, but the traffic may again be affected as more fog is expected Wednesday, according to the airport.

China has a four-tier color-coded warning system for severe weather, with red being the most serious, followed by orange, yellow and blue.