Shares
The police, investigating the Internet activity of the assassin of Russian Ambassador to Turkey Andrey Karlov, Mevlut Mert Altıntas, found that he repeatedly studied his target’s photo 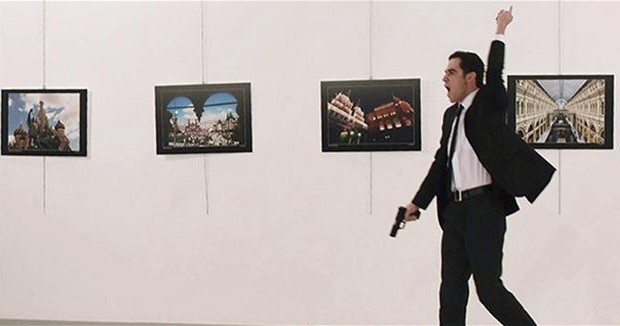 Altıntas gunned down Russia’s ambassador to Turkey Andrey Karlov  in the Center of Modern Art in Turkish capital Ankara on December 19, 2016, studied the pictures of the ambassador on his housemate’s computer, Hurriyet Daily News reports.

The police searched the house of Altıntas and his housemate (a lawyer identified as Serkan B.) and took the computer for examination.

Police studied the Internet activities carried out on the computer and found that Karlov’s photo was examined more than once on different days. The police are also investigating who Altıntaş contacted on the days when he examined the pictures, and are also probing whether he was given the order to conduct the assassination.

The Turkish government has alleged that Altıntas was a follower of the Islamic preacher Fethullah Gulen, blamed by President Recep Tayyip Erdogan for the failed military coup.

The edition reports that Sercan B. is suspected to have links to the Fethullahist Terrorist Organization (FETÖ). His wife’s uncle reportedly served as one of the FETÖ local leaders responsible for bringing couples together for marriage.

Sercan B. and his wife are thought to have married through this uncle, and it is also claimed that Sercan B. had been directing Altıntaş’s actions for the past five years.