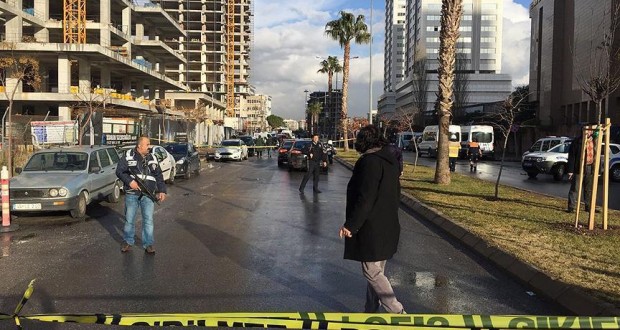 A police officer and a courthouse officer were killed in the terrorist attack, while five others were wounded, including three police officers, according to Izmir Governor Erol Ayyildiz, Joinfo.com reports with reference to Anadolu news agency.

Two terrorists were also killed in an armed clash with the police, and the third is at large. The shooting occurred when police officers wanted to stop a suspicious vehicle at the checkpoint in front of the courthouse.

“In the ensuing clash after the terrorists detonated a car-bomb as they tried to escape, unfortunately a police officer and a court staff were martyred. There are also five wounded citizens,” the governor said.

Ayyildiz said to journalists that the outlawed Kurdistan Workers’ Party (PKK) was thought to be behind the attack according to initial findings. “The evaluation has been made based on [type of] the attack and the identification of the terrorists.”

Ayyildiz added that one more suspicious car believed to belong to the terrorists has been defused by police.

He added that the police have also seized two Kalashnikovs and 8 hand grenades.

It is already the second terrorist attack in Turkey this year, after 39 people were killed and about 60 wounded in the shooting in Istanbul Reina nightclub on the New Year’s night.