Home / World / Watch sky show in 2022: Two stars collision will be visible for up to six months without telescope

Watch sky show in 2022: Two stars collision will be visible for up to six months without telescope

Shares
In 2022, there will be a spectacular sky show. Two stars will merge into one, pushing out excess gas into an explosion known as a red nova. It will be as bright as Polaris in the sky. 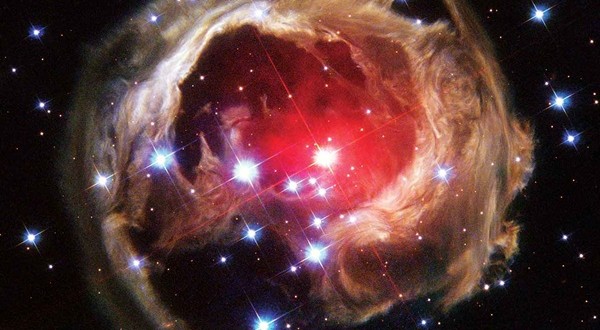 People have never been able to predict a nova before. But in 2022 it will happen just before our eyes, thanks to Lawrence Molnar, a professor of astronomy and physics at Calvin College, who was able to find a pair of oddly behaving stars giving an indication of what might happen, the Astronomy magazine reports.

The objects, termed KIC 9832227, are currently contact binaries. It means that the two objects are so close they are currently touching. The object was discovered by Kepler.

Scientists are expecting the two stars to merge putting on quite a show.

The event is named a “red nova” because both this stars are small and the collision will produce low heat.

So how does Molnar know what will happen? He and his team have an earlier event as an example to look at: V1309 Scorpii.

Using Kepler data, Molnar found that KIC 9832227 fit the light curve of V1309 almost perfectly. The further calculations showed that that the merger will complete in 2022.

“We don’t know if it’s right or wrong, but it’s the first time we can make a prediction,” Molnar says.