Shares
A massive 7.3 magnitude underwater earthquake has struck off the coast of the Philippines, it has emerged. Quake measured at a depth of 617 km, according to the US Geological Survey. 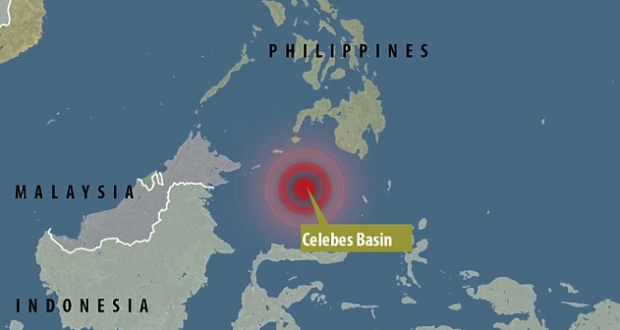 The quake, southeast of the island of Jolo , was measured at a depth of 380 miles in the Celebes Sea, the US Geological Survey said. But Philippine seismologists say it was far too deep to cause any damage and casualties or generate a tsunami.

Renato Solidum of the Philippine Institute of Volcanology and Seismology says the quake, which was set off by movement of oceanic plates 387 miles under the seabed, was slightly felt in southern General Santos city.

The Philippine archipelago lies in the Pacific “Ring of Fire,” where earthquakes and volcanic activities are common. A magnitude 7.7 quake killed nearly 2,000 people on the northern island of Luzon in 1990.