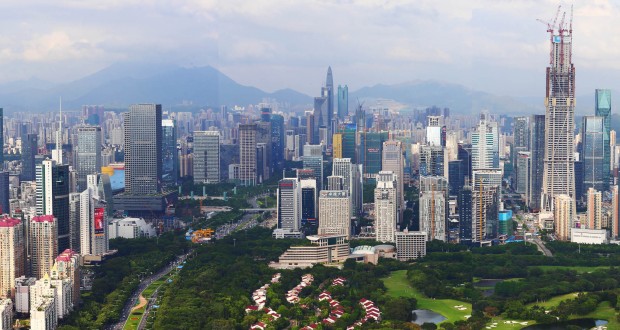 In total, 128 new skyscrapers were completed in 2016 in the world, 84 of them in China only, Joinfo.com reports.

In Europe, only two such buildings were built in 2016 – in Belgium and in Poland.

The Warsaw Spire in the capital of Poland, built by the local company Ghelamco, is 220 meters high and has 49 floors. In order to be called skyscraper, your building must be at least 200 meters high.

Overall they built 84 skyscrapers in China last year. This is 77 more than the number two on the list: the United States with 7 new such buildings. South Korea built six, Indonesia – 5, and the Philippines – 4.

China tops the list for the ninth consecutive year. The country has also broken its own record from 2015 when 68 skyscrapers were completed.