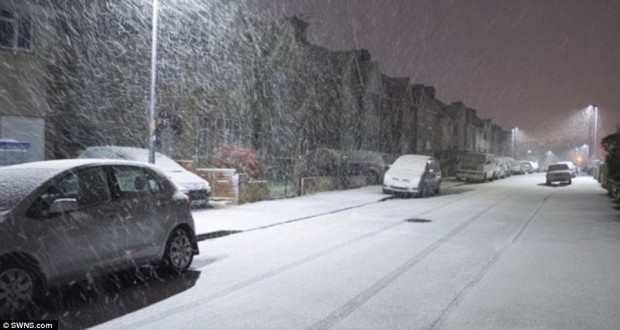 There are 78 flood warnings, 80 flood alerts and a further seven severe flood warnings in place for England, Scotland, Wales, Northern Ireland. Thousands of people have been evacuated from their homes as heavy snow and hurricane-force winds of 80 miles per hour (128 km per hour) batter Britain, Joinfo.com reports with reference to Daily Mail. The Met Office has issued severe weather warnings across England, Scotland, Wales and Northern Ireland for combinations of high winds, snow and ice – and the freezing temperatures are set to last for another week.

After the temperature plummeted as low as -9C in some areas overnight, snow has turned to ice, creating treacherous and dangerous conditions for rush hour drivers. A number of crashes on the roads have brought major routes to a standstill, as commuters struggle to get to work. The Environment Agency’s seven severe flood warnings – which warn of a danger to life – are in place for lunchtime today in coastal areas of Essex and Suffolk in the face of gale-force winds and high tides, while dozens of flood warnings have been imposed as the east coast braces itself for a storm surge.