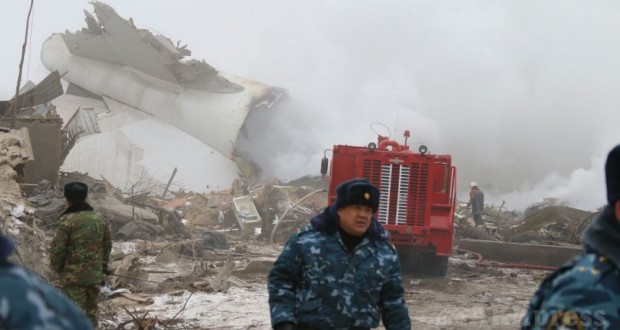 The plane crashed at 7:31 am local time (GMT+6) in the village of Dacha-Suu near the Manas International Airport 25 km from the capital Bishkek, according to the local outlet AKIpress.

Flight TK6491 of Turkish Airlines was supposed to stop at Manas en route to Istanbul, Turkey.

Minister of Health of Kyrgyzstan Talantbek Batyraliyev said 35 people were killed in the plane crash, including 31 residents and 4 crew members. 6 other people were injured, he said.

At least 15 buildings were destroyed in the village.

14 ambulance crews, including 56 doctors and psychologists, are working at the crash scene.

January 17 was declared a day of national mourning for the victims of the plane crash.