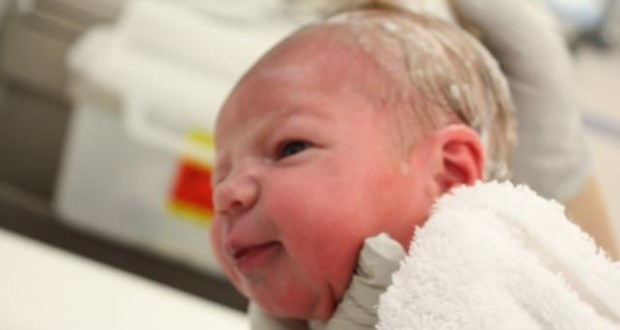 The world’s first three-parent baby was born in Ukraine on January 5, 2017, as a result of an innovative IVF technique that has enabled a previously infertile woman to give birth, said doctor Valery Zukin, director of the reproductive clinic Nadiya (Hope in Ukrainian), Joinfo.com reports citing the report.

A controversial method, the essence of which lies in the pronuclear transfer of nuclei, allowed a previously infertile woman give birth to a healthy boy.

Reproductive specialists applied this method, since a woman had a genetic disorder, and was infertile.

As doctor Valery Zukin explained, this method was effective because the mutated genes carrying the disease remained in the original parent cell, but not in the nuclei. Thus, the nuclei were transferred to a donor egg, allowing a newborn to avoid genetic disease.

Zukin also noted that the conception, pregnancy, and birth of the three-parent baby took place in a natural way without pathologies. As a result, a 34-year-old woman diagnosed with “infertility” gave birth to a healthy boy. The child has his parents’ nuclear DNA, containing approximately 25 thousand genes, and cytoplasmic DNA of a donor, with only 37 genes.

This innovative technology can be applied to patients with impaired early stage of embryo development, as well as women who have reason to suspect the birth of a child with mitochondrial disease.