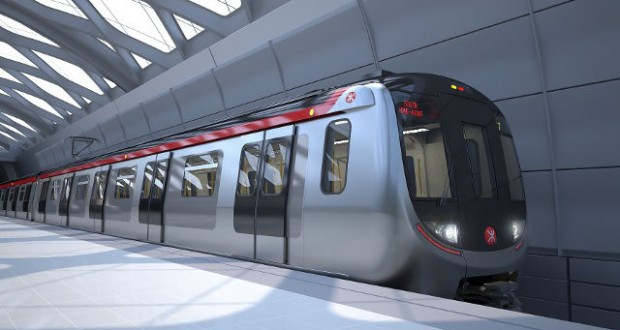 This is Hong Kong’s first brand new metro line in a decade after the opening of the Disneyland Resort Line in 2005. The South Island Line is about 7 kilometers long.

Hong Kong residents and railway enthusiasts flocked to the station as early as 5 am in the morning to be the first passengers onboard the new line.

A passenger said: “I’m so excited to be on the first train of this line. It brings much convenience. I no longer need to suffer the tunnel traffic and can go to work faster. And it’s much easier to get to the Ocean Park now.”

According to the report, the line is what’s known as a “medium capacity” line, with 10 trains of 3 carriages each running on it. This is Hong Kong’s third driverless metro line after the Airport Express and the Disneyland Resort Line.

And what’s worth noting is that these are the first self-driving metro trains that are entirely made in China. The core technology and the carriages were developed and produced by China Railway Rolling Stock Corporation (CRRC).

There is no driver onboard. The vehicle control center monitors and controls the carriages through a closed circuit television system.

“The train is totally automatic. The train doors, platform screen doors, and the running of the train, as well as its cleaning are all automated. So we need very few staff on board. We do have two control panels on each end of the trains that can be manually activated in extreme cases,” the line administration said.

The new line is expected to serve 170-thousand passengers a day.