Shares
At least six people have been found alive in Italy's Rigopiano hotel, two days after an avalanche. 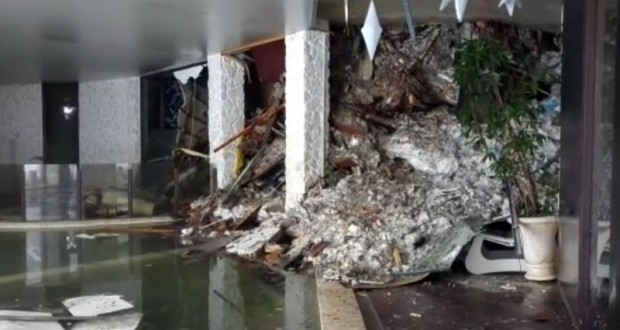 Rescuers said the survivors had been discovered buried under snow. Two are children, Italian media said, according to the BBC.

Video footage of the first survivors being pulled free was released by rescue teams on Friday afternoon – more than 40 hours after the avalanche.

The deep avalanche buried the remote hotel, in the central Abruzzo region, after several earthquakes.

At least four people have been confirmed dead, and about 20 are still missing, as the rescue effort continues in difficult conditions.

Teams have been working at the scene for more than 24 hours in temperatures well below zero.

A female relative told the BBC that her young cousins were those found alive by rescuers.

Her uncle – who was already being treated at the local hospital – was taken to see them, she said.

“My aunt is from Romania, she is 43 years old – her daughter just turned six years old, and the boy is eight,” the woman, who asked not to be identified, said.

“They were on holiday and just getting ready to leave when the avalanche came.”

She said they had still not had news about her aunt. “We are very worried,” she added.

The survivors reportedly took refuge beneath a collapsed portion of ceiling, where they were able to light a fire to keep warm.

The BBC’s James Reynolds, in the nearby town of Penne, said news of the rescue had led to an outpouring of emotion.

“In one village, a young woman – who’s worked at the collapsed hotel – dropped to her knees and burst into tears when she heard the news,” he said.

Wednesday’s earthquakes included four stronger than magnitude 5, in a region already struggling with heavy snowfall which buried phone lines and took out power cables. Phone lines were down at the Rigopiano hotel early on Wednesday.