Shares
Britain’s TV presenter Piers Morgan lashed out at Sir Mick Jagger on an edition of Good Morning Britain and called for the rocker to be legally sterilized. 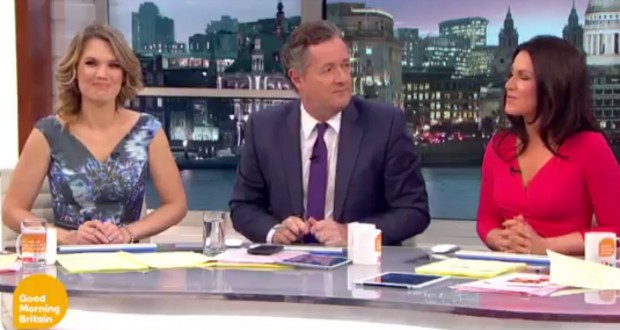 The 51-year-old host was not impressed with Mick Jagger, 73, for continuing to have children despite his age, Express reported.

He did not hold back as he told co-hosts Susanna Reid and Charlotte Hawkins that the singer-songwriter should be “legally sterilized” to prevent him from “breeding”. Watch the video here.

The former Britain’s Got Talent judge’s tirade came as the three Good Morning Britain presenters talked about a woman giving birth in her sixties.

Susanna, 46, was heard coming to the defense of the unknown female, explaining to Piers: “It’s a wanted baby. She’s obviously someone who’s made a very considered choice about whether to have a child.

“[There are] all sorts of mums that wouldn’t be a great mum as she clearly thinks she’s going to be. I feel very reluctant judging another woman about her life choices, which is why I don’t want to say to her, ‘This is not the right thing to do’.”

Piers retorted: “But you never judge any woman for doing anything and my argument is sometimes some women, like men, should be judged.”

Her words appeared to anger Piers, who then went on to say: “I don’t like Mick Jagger cavorting around, impregnating 29-year-olds at the age of a thousand and I don’t particularly think this is right. I think you should be able to say eventually, ‘Actually, this isn’t right, is it?’”

“Well, if we’re going to judge women for having children at that age then men equally should be judged,” said Susanna in response.

It should be recalled that Mick Jagger and Melanie Hamrick welcomed their newborn son in December 2016. Deveraux Octavian Basil Jagger is the eighth child of the the Rolling Stones frontman.