Shares
Eight coaches of the Jagdalpur-Bhubaneswar express came off the tracks during the night in the south-east of the country, leaving 36 people killed and 50 more injured 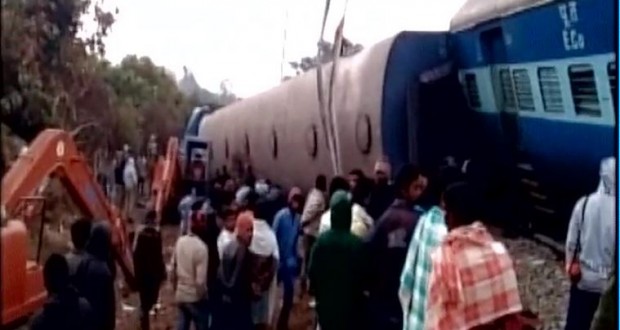 Thirty six people were killed and 50 injured after an express train derailed in south-east India on Saturday night in the latest disaster to hit one of the world’s largest rail networks, The Guardian reports.

Eight coaches and the engine of the Jagdalpur-Bhubaneswar express derailed at 11pm near Kuneru railway station in Vizianagram district of Andhra Pradesh state.

“The death toll has gone up to 36. It is a possibility that it may rise further,” said Anil Kumar Saxena, national railway spokesman.

The local police superintendent, LKV Ranga Rao, said: “Nine bogies were derailed, of which three have turned and fallen off the track. Most of the casualties and deaths are from the three sleeper-class compartments.”

No evidence of sabotage has been detected, Rao said, adding the cause of the derailment appeared to be a technical fault. Rescue operations were under way and coaches that had not derailed had been towed from the scene.

Saxena said investigators were considering possible sabotage of the tracks by Maoist rebels, who he said were active in the area.

He told the NDTV news network there were some 600 people in the carriages that derailed and most of them had been shifted to “the unaffected portion of the train” in time.

Officials from the railway and the local government were carrying out rescue work and relief trains had been sent to evacuate passengers, he said.

The train was travelling from Jagdalpur city to Bhubaneswar, the capital of Odisha state, when it came off the track nearly 160 kilometres (100 miles) from Visakhapatnam, the nearest city to the accident site.

Thirteen of the train’s 22 coaches were unaffected in the incident. Rail traffic on the coast line has been suspended.

It should be recalled that the Patna-Indore Express train derailed near India’s northern city of Kanpur on November 20, 2016, leaving 142 people killed.