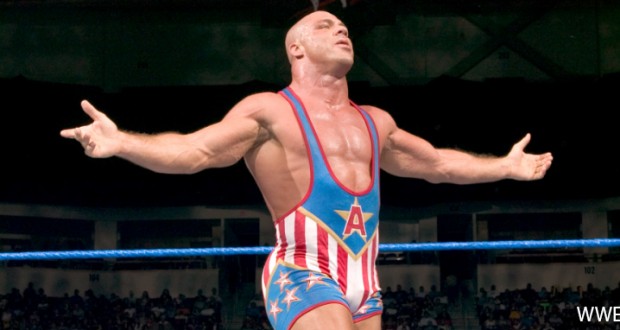 Last week, the WWE confirmed that Angle will be inducted into their Hall Of Fame before WrestleMania 33 on April 2, sparking rumors that the former world heavyweight champion will make a surprise in-ring return, Metro reports.

But the 1996 Olympic gold medalist, who left the WWE in 2006, insists he will not be making a shock appearance at the 30-man main event in Texas.

‘The Royal Rumble is not going to happen, a lot of people are assuming it, a lot of writers are writing about it,’ Angle said.

‘I haven’t talked to WWE about anything after the WWE Hall of Fame. I’m sure they’re going to want to do something eventually,

‘I’m not sure if it’s wrestling- related or not, but I would imagine that I would be attached to WWE most likely for the rest of my life.

‘There aren’t any clues or anything that led me to that, I just believe that this is the start our new relationship and we’re only focusing on the Hall of Fame.’