Google Lunar X Prize: Who lands on the Moon first?

Shares
Five teams made it to the final stage of the Google Lunar X Prize competition. They have booked rides to space, but now they need to launch before December 31st 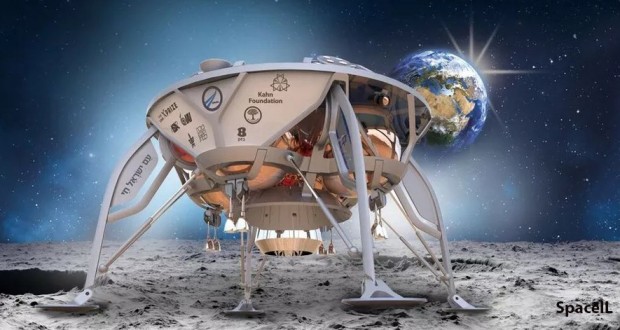 From a group of 16 contestants, five teams are officially moving forward into the final stretch of the Google Lunar X Prize competition — an international contest to send the first private spacecraft to the surface of the Moon, The Verge reports.

To win the competition, one of these finalists has to be the first to launch a spacecraft to the Moon by December 31st, 2017, and then explore the lunar surface.

The five teams moving ahead are SpaceIL, Moon Express, Synergy Moon, Team Indus, and Hakuto, according to an announcement by the X Prize Foundation today. The groups are based in various countries across the globe, spread from the US West Coast to Japan. In order to advance to this stage of the competition, each team had to secure a verified launch contract before the end of 2016. That entailed booking a rocket to launch the team’s spacecraft in 2017 and then having that launch contract verified by the X Prize Foundation.

The first group to get one of these verified contracts was the Israel-based team SpaceIL. In October 2015, SpaceIL announced that its lunar lander, named Sparrow, would ride to space as a secondary payload on one of SpaceX’s Falcon 9 rockets by the second half of 2017. The next to secure a contract was Moon Express based out of California, which has a long-term ambition of mining the Moon for resources. The company announced in December 2015 that its MX-1E lander would launch on top of a smaller, experimental rocket called the Electron, manufactured by aerospace startup Rocket Lab. The Electron has yet to fly for the first time, but test launches are supposed to happen sometime in early 2017. Moon Express has alsoreceived approval from the US government to fly its mission.

The remaining three teams secured launch contracts in the second half of 2016. Synergy Moon, an international team made up of members from more than 15 different countries, announced in August that it would be launching its lunar lander and rover on top of a Neptune 8 rocket. That vehicle is being manufactured by Interorbital Systems, but like the Electron, the rocket has yet to fly to space.

As for the India-based Team Indus and Japan-based team Hakuto, the two have decided to share a ride to space. Team Indus booked a ride for its lunar lander and rover on a PSLV rocket — a proven vehicle developed by India’s space agency, the Indian Space Research Organization. However, it turned out that Team Indus had room to spare on its spacecraft, so the group struck a deal with Hakuto. Team Indus’ lander will now carry the Japanese team’s rover to the Moon as well.

Today’s announcement means that a few other hopefuls are no longer officially in the race.One team based out of Germany called Part-Time Scientists was seemingly close to advancing to the next round, too. The group announced at the end of November that it had signed a contract with Spaceflight Industries, a company that helps find rockets for spacecraft launchings. The deal was for PT Scientists’ rover to launch as a secondary payload on a yet unidentified rocket, according to Space News, but it seems that the contract was not officially verified by X Prize before last year’s deadline.

However, all 16 teams, including the ones that didn’t advance to the next round, will be receiving a money prize, too. X Prize announced today that groups would all be splitting a $1 million “Diversity Prize” as a reward for their “unique approaches” to spaceflight and all the educational outreach that the teams have done leading up to the final stage of the competition. “Each of these teams has pushed the boundaries to demonstrate that you don’t have to be a government superpower to send a mission to the Moon, while inspiring audiences to pursue the fields of science, technology, engineering, and mathematics,” Chanda Gonzales-Mowrer, senior director of the Google Lunar X Prize, said in a statement.

Established in 2007, the Google Lunar X Prize is just one of many global contests created by the X Prize Foundation aimed at addressing specific needs for society. Other competitions have focused on mitigating the effects of climate change or improving health care, but the ultimate goal of the Google Lunar X Prize is to come up with ways of lowering the cost of spaceflight.