Chinese man cycles 500km in wrong direction to get home

Shares
A man hoping to cycle home cross-country for Chinese New Year realised 30 days into his trip that he had been travelling in the wrong direction. 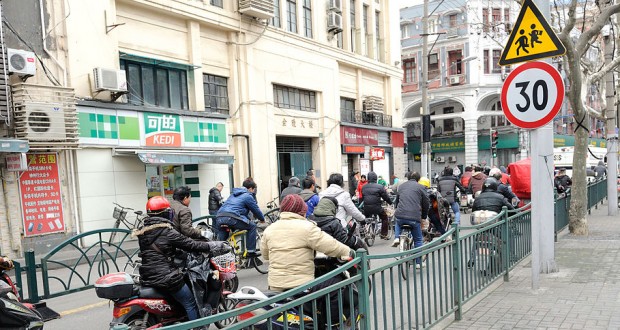 The young migrant worker from China was aiming for his home in Qiqihar, Heilongjiang province, after setting off from Rizhao – over 1,700km away, the BBC reports.

But he was stopped by traffic police 500km off course, in the central Chinese province of Anhui.

When they found out, the police paid for a train ticket to get him home.

The man had set off from Rizhao, in Shandong province, in December.

The man had been living in internet cafes and was low on funds, but he was determined to make it home so he chose to cycle the route.

The unnamed man could not read maps, meaning he had to rely on others for directions.

Police stopped him when he was riding on a highway, which cannot be used by cyclists.

After discovering his mistake, both police and people working at the toll station he was stopped at contributed to his ticket home.