Shares
2016 was the third hottest year in a row, while the last decade had seven of the ten warmest years on the record: global warming is clearly on the rise. Now we can see it in NASA’s clip showing the temperature change since 1880 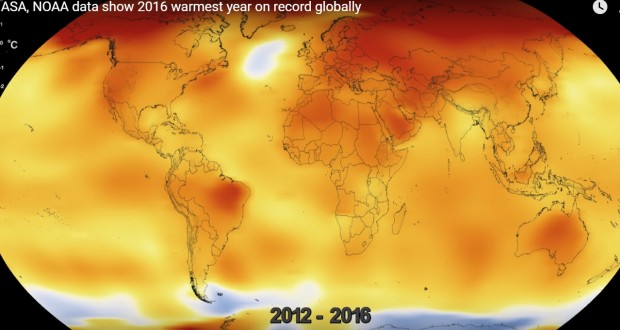 Earth’s 2016 surface temperatures were the warmest since modern recordkeeping began in 1880, according to independent analyses by NASA and the National Oceanic and Atmospheric Administration (NOAA).

Globally-averaged temperatures in 2016 were 1.78 degrees Fahrenheit (0.99 degrees Celsius) warmer than the mid-20th century mean. This makes 2016 the third year in a row to set a new record for global average surface temperatures.

The video below displays a global warming process from 1880 through 2016 on a color-coded map: