Shares
Mexico's president on Thursday scrapped a planned summit with Donald Trump in the face of insistent tweets from the U.S. president demanding Mexico pay for a border wall 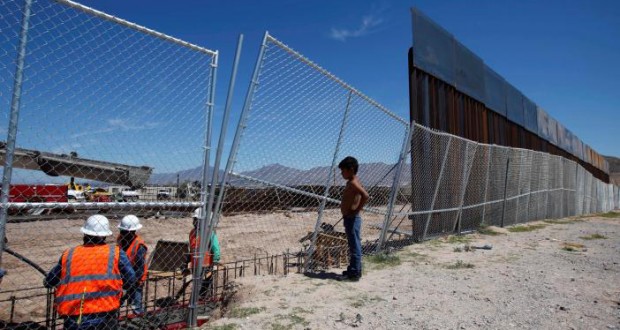 Mexican President Enrique Pena Nieto, responding to a Twitter message from Trump saying it would be better for him not to come to the meeting if Mexico would not pay for the wall, said in his own tweet that he would not attend and had informed the White House of this, Reuters reports.

Trump later presented the scrapped plan as a mutual agreement. Addressing Republican members of Congress at a meeting in Philadelphia, he said he and Pena Nieto had agreed to cancel the meeting, adding it would be fruitless if Mexico did not treat the United States “fairly”.

“I’ve said many times that the American people will not pay for the wall,” Trump told the gathering. “Unless Mexico is going to treat the United States fairly, with respect, such a meeting would be fruitless and I want to go a different route.”

The White House left open the door for a possible rapprochement: White House spokesman Sean Spicer said the United States was keeping open lines of communication with Mexico and looking to reschedule the meeting, which had been planned for Tuesday.

Trump views the wall, a major promise during his election campaign, as part of a package of measures to curb illegal immigration. Mexico has long insisted it will not pay for such a project.

Trump signed an executive order for construction of the wall on Wednesday, just as a Mexican delegation led by Foreign Minister Luis Videgaray arrived at the White House for talks with Trump aides aimed at healing ties.

The timing of that, and Trump’s reiterated call for Mexico to foot the bill, caused outrage in Mexico, with prominent politicians and many on social media seeing at as a deliberate snub to the government’s efforts to engage with Trump, who has for months used Mexico as a political punching bag.

Pena Nieto was under pressure to cancel the summit.

“We have informed the White House that I will not attend the working meeting planned for next Tuesday with @POTUS,” he tweeted on Thursday. “Mexico reiterates its willingness to work with the United States to reach agreements that favor both nations.”

Relations have been frayed since Trump launched his campaign in 2015, characterizing Mexican migrants as murderers and rapists and pledging to build a wall that he said Mexico would pay for.