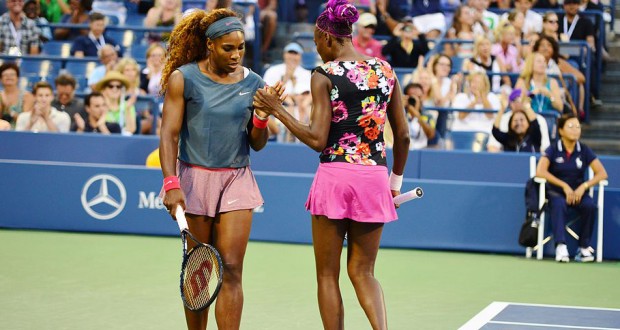 Serena and Venus Williams own a combined 29 majors in careers that have spanned three decades, CNN reports.

“This is probably the moment of our careers so far,” Serena told reporters. “For me, I can definitely say for me.”

“I never lost hope for us being able to play each other in a (grand slam) final although it was hard because we’re usually on the same side of the draw.”

“After everything that Venus has been through with her illness, I just can’t help but feel like it’s a win-win situation for me,” Serena said, referring to Sjogren’s Syndrome.

“I was there for the whole time. We lived together. I know what she went through.

“It’s the one time that I really genuinely feel like no matter what happens, I can’t lose, she can’t lose. It’s going to be a great situation.”

The all-Williams final, plus Roger Federer’s resurgence, ensured a blockbuster start to the grand slam calendar, 12 months after the subject of match fixing overshadowed much of what happened on court at Melbourne Park. Federer, who sat out the last five months of last season, beat fellow Swiss Stan Wawrinka in five sets later Thursday to reach the men’s final.

With a combined age of 71 — Venus is 36 and Serena 35 — Saturday’s women’s showpiece will also be the oldest women’s grand slam final in the Open Era.

But the sisters are showing that quality precedes age.

“It won’t be an easy match,” Venus, who became the oldest Australian Open women’s finalist in the Open Era, told reporters. “This opponent is your sister and she’s super awesome.”

If they are sisters and have been housemates for much of their lives, Serena’s coach Patrick Mouratoglou, expects a “war” Saturday.

“They’re competitors, even against their sister,” the Frenchman told a group of reporters. “It goes back to when they were 12 and playing Monopoly and one lost and got really angry and wanted to kill her sister — and at the same time they adore each other.

“This is the same — it’s a tennis match, it’s their work but even if it wasn’t their work, if they’re on a court, they don’t want to lose to anybody — and maybe even less against their sister.”

The sisters’ mother Oracene, who usually attends the slams, isn’t in Melbourne where Serena –bidding to win a record 23rd major in the Open Era — will be the favorite in the final. Serena is 16-11 against Venus and has won six of their past seven grand slam finals.