Shares
Chinese people across the globe are celebrating the Lunar New Year on January 28. 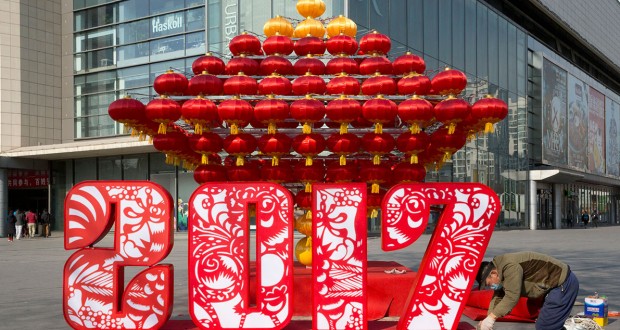 The New Year, which officially starts on Saturday, is China’s primary annual holiday and is traditionally marked by riotous displays of fireworks and countless firecrackers, Joinfo.com reports with reference to Al Jazeera.

According to the Chinese zodiac, people born in the Year of the Rooster are brave, responsible and punctual.

Millions are expected to attend the festival across the world over the next two weeks, in one of the largest celebrations of the event outside of Asia.

Thais bring offerings and pray for good fortune to mark the Lunar New Year at a temple in Bangkok. Photo by Rungroj Yongrit/EPA: People pray with incense sticks at a temple as they celebrate the Chinese Lunar New Year in Suining, China. Photo: Reuters: A woman takes pictures of firework on the eve of the Chinese Lunar New Year in Lianyungang, China, Reuters: