Shares
First lady Melania Trump is on the cover of Vanity Fair's Mexican edition, and many Mexicans are both baffled and furious, given the current strain between US President Donald Trump and Mexico. 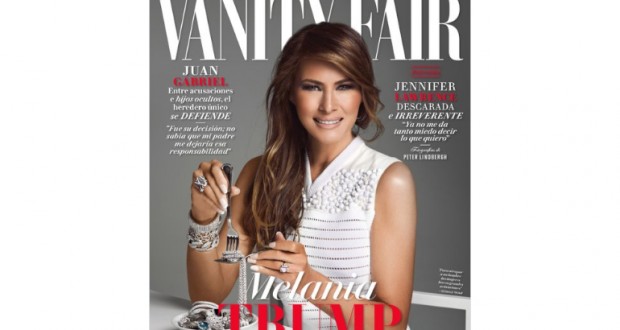 Melania Trump appears on the cover of the February issue miming eating a bowl of diamonds and jewelry while decked out in bling of her own. The accompanying article covers topics like “how she plans to become the new Jackie Kennedy,” according to Business Insider.

If you glance through the replies to Vanity Fair’s tweet with the article, it’s a torrent of animosity.

“Apologize to Mexico for this stupidity,” one commenter wrote. Another described it as an “insult to our country,” and still another said it showed a “lack of respect for Mexican society.”

On Thursday, Mexican President Enrique Pena Nieto canceled his meeting with Trump after Trump said that he shouldn’t come if Mexico was “unwilling to pay” for a wall on its shared border with the US.

Both the Vanity Fair photo and the story are recycled from an earlier GQ spread. (The magazines share a parent company.)

The cover decision shows how confounding the relationship between the media and the Trump family is.

In December, Donald Trump trashed Vanity Fair in a tweet, seemingly in response to an article that asserted “Trump Grill could be the worst restaurant in America.”

“Has anyone looked at the really poor numbers of @VanityFair Magazine” Trump wrote. “Way down, big trouble, dead! Graydon Carter, no talent, will be out!”

Trump has for years sparred with Carter, the longtime editor of Vanity Fair. Carter was the one who first drew wide attention to Trump’s “small” hands in a GQ article (and in Spy magazine).

But Trump’s tirade actually boosted subscriptions to the magazine’s US edition, to the tune of 13,000 new additions within 24 hours, according to Poynter.