Shares
Princess Diana is to be commemorated with a statue erected in the public gardens of Kensington Palace to mark 20 years since her tragic death. 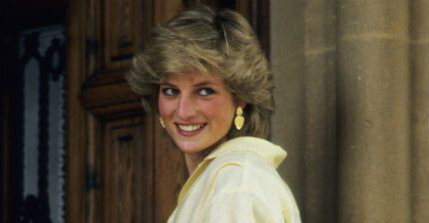 Princess Diana’s sons, Prince William, the Duke of Cambridge and Prince Harry, announced today that they have commissioned the statue to mark the 20th anniversary of their mother’s death, Joinfo.com reports with reference to Refinery.

They said in a joint statement, “It has been 20 years since our mother’s death and the time is right to recognize her positive impact in the UK and around the world with a permanent statue. Our mother touched so many lives. We hope the statue will help all those who visit Kensington Palace to reflect on her life and her legacy.”

At the request of The Duke of Cambridge & Prince Harry a statue of Diana, Princess of Wales is to be erected at Kensington Palace. pic.twitter.com/zc4XvqlaSY

The Princes have assembled a committee to select a sculptor and privately raise funds for the statue. The committee’s members include Diana’s sister, Lady Sarah McCorquodale, and her close friend Julia Samuel, who is one of Prince George’s godparents.

Earlier this month, a charity set up in her honor, The Diana Award, announced a program of events to commemorate the 20th anniversary of her death. This will include the introduction of a new National Kindness Day in March, recognizing her work raising awareness of HIV/AIDS, leprosy, and landmines.