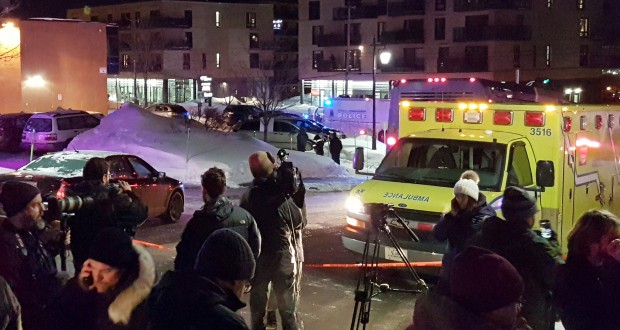 Quebec provincial police say six people are dead and eight were wounded after shots were fired inside a mosque on Sunday night during evening prayers, Joinfo.com reports with reference to CBC.

Police say the victims range in age from 35 to 70. Thirty-nine people escaped the Islamic cultural center of Quebec in the Sainte-Foy neighborhood without injuries.

Both Canadian Prime Minister Justin Trudeau and the Quebec government have called the shooting an act of terrorism.

Earlier in the evening, Quebec City Police Const. Étienne Doyon said mostly men were gathered inside the mosque when the shooting began just before 8 p.m.

At the moment of the attack, the men were praying on the ground floor of the building, while women and children were upstairs.

Two suspects have been arrested, one of whom was apprehended after a chase.

A large perimeter has been set up around the mosque. At 10:40 p.m. police said the “situation is under control.”

“It seemed to me that they had a Québécois accent. They started to fire, and as they shot they yelled, ‘Allahu akbar!’ The bullets hit people that were praying. People who were praying lost their lives. A bullet passed right over my head,” said the witness.

“There were even kids. There was even a three-year-old who was with his father.”

Prime Minister Trudeau condemned the shooting, which he described as a “terrorist attack on Muslims in a center of worship and refuge,” in a statement.

He said, “Muslim-Canadians are an important part of our national fabric, and these senseless acts have no place in our communities, cities and country.”