Shares
Syrian officials Monday denied rumors President Bashar Assad was ill, attempting to tamp down speculation he had suffered a stroke and was in critical condition. 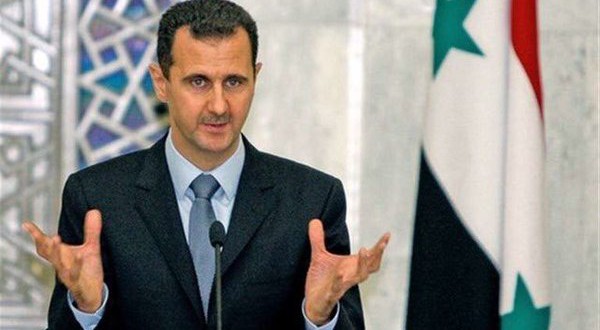 “The presidency denies all these reports. President Assad is in excellent health,” his office said in a statement, Joinfo.com reports with reference to IBT.

“They [the reports] coincide with the changing circumstances in the field and politically.”

A Facebook post said Bashar Assad was in “excellent health and carrying out his functions quite naturally.”

To back up the denial, the Ikhbariya news channel said Assad talked by phone with Venezuelan President Nicolas Maduro Monday, Reuters reported. State media had not reported on any activities by Assad for some time.

Rumors, however, swirled on Twitter that Assad had died, the Beirut Daily Star reported. Reports in the Arab press indicated Assad had been shot in the head by his personal Iranian bodyguard, Mehdi al-Yaacoubi. Other reports said he had suffered a brain tumor.

The rumors about Assad, 51, coincided with peace talks hosted by Russia and Turkey between the government and opposition forces in Kazakhstan last week to reaffirm the month-old ceasefire. A new round of peace talks is planned for Geneva.

Assad, who has ruled Syria for more than 16 years, has said he would be open to discussions about his position during the talks to end the 6-year-old civil war. Rebels have insisted they he leave office as part of any deal.

With Russian support, Syrian government troops have gained the upper hand in the fighting, recapturing Wadi Barada near Damascus Sunday, just weeks after rebels were driven from areas they held for years in east Aleppo.

“Lebanon cannot take in Syrian refugees indefinitely on its territory,” Aoun said. “We hosted them for humanitarian reasons, and they must return to their country.”

Large portions of Syria remain in the control of the Islamic State group and Kurdish forces.

The Syrian civil war began in March 2011, and since then hundreds of thousands have died and millions more have been displaced, creating a refugee crisis.