Shares
This in the incredible moment a mother kicks her toddler daughter to safety – moments before she is crushed by a lift. 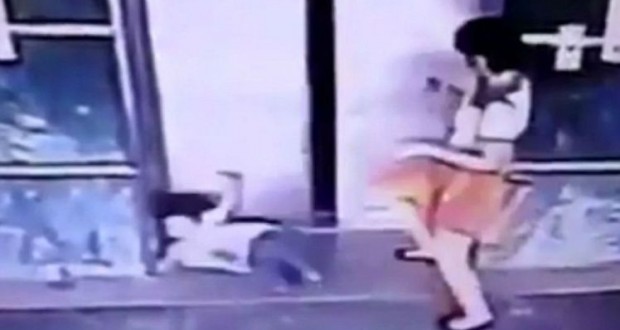 The three-year-old girl wandered towards the open elevator but paused in the path of the doors to turn round and call for her mum. The doors – which had no sensors – begin closing on her as her frantic mum runs over screaming.

The woman shows lightning fast reflexes to hook her daughter away with a swift right kick that sends her falling backwards away from danger, Joinfo.com reports with reference to Metro.

CCTV footage of the dramatic near-miss from the Sunny Point complex in Batu Uban, Malaysia went viral after it was shared online in a community group.

Mo Adib, a guard from the apartment block, said: ‘The lift had no sensors. There’s only a button on the inside to hold doors open.

‘The girl was very lucky. It was very close to her being trapped in the doors. The mum was very quick and showed her wisdom to keep cool and kick her daughter away.’

Mo said the woman had been visiting the housing block at the time and was not a resident.

He added: ‘She told us about what had happened and we looked back on the cameras.

‘Parents should remember to be careful when they have children near lifts.’