Shares
European Council President Donald Tusk says Russia, China and US administration will be greatest challenges to face the bloc 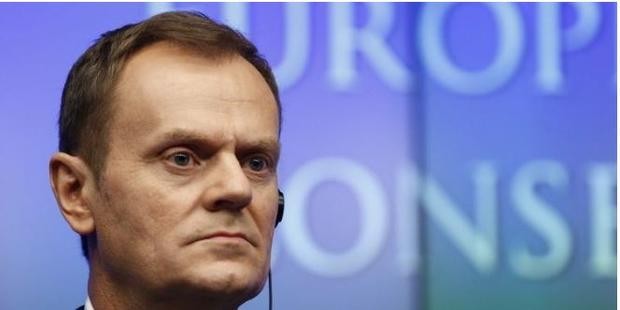 European Council President Donald Tusk has called Donald Trump an existential threat to Europe, in an extraordinary attack on the new US President, Joinfo.com reports with reference to Independent.

In an open letter delivered to leaders of the 27 member states, Tusk included the new American President as part of a group of “dangerous” challenges facing the bloc, citing Russia, China and radical Islam as other threats.

He issued a call for “political solidarity” before a summit in Malta later this week, where Europe’s heads of states will gather to discuss the future of the bloc.

Poland’s former Prime Minister said an assertive China, Russia’s aggressive policy, “terror and anarchy” in the Middle East and “worrying declarations by the new American administration” put the future of Europe in jeopardy.

“Particularly the change in Washington puts the European Union in a difficult situation; with the new administration seeming to put into question the last 70 years of American foreign policy,” he wrote.

“The disintegration of the European Union will not lead to the restoration of some mythical, full sovereignty of its member states, but to their real and factual dependence on the great superpowers: the United States, Russia and China.”

Tusk’s comments came as Theresa May faced a revolt from her own MPs over her refusal to condemn Trump’s immigration ban.

Many European leaders were categorical in their condemnation of the suspension of immigration from seven Muslim-majority countries and of refugee resettlement.

However, Theresa May was criticized for her slow response to the events.

“Only together can we be fully independent,” Donald Tusk wrote. “We must, therefore, take assertive and spectacular steps that would change the collective emotions and revive the aspiration to raise European integration to the next level.”

European diplomats said senior national officials and diplomats discussed a possible EU response to Trump at a meeting in Brussels. However, some governments were cautious that Europeans should not be hasty to alienate a key ally.

It came as British Chancellor Philip Hammond warned the new President would have more of a destabilizing effect on the bloc than Brexit.