Shares
The first results of NASA’s twin study revealed that space physically impacts astronauts on multiple levels, right down to shifts in gene expression. Now, a group of scientists at the University of Michigan has released research that suggests spaceflight alters astronauts’ brains. 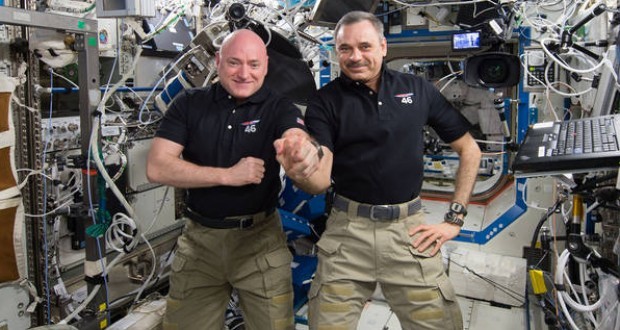 The team studied 26 astronauts who spent various amounts of time in space, between 2008 to 2012. Twelve of the astronauts spent two weeks as shuttle crew members, while the other 14 spent six months aboard the International Space Station (ISS). After examining structural MRIs from all the astronauts taken before and after spaceflight, the researchers found that all subjects experienced both increases and decreases in the volume of gray matter in different regions of the brain, Joinfo.com reports with reference to Gizmodo.

Gray matter is responsible for many key functions, including muscle control, emotions, memory and sensory perception.

Naturally, those who spent more time in space were impacted more dramatically. The team’s findings were published on December 19, 2016 in Nature Microgravity.

“Some of the areas show decreases in gray matter volume, and I don’t want anyone to think that means you go to space and lose brain cells,” University of Michigan professor Rachel Seidler, a co-author on the study, said. “The losses are coming from shifts in fluid in the brain that happen with flight.” Specifically, the shifts in gray matter volume appear due microgravity, which describes the very slight presence of gravity aboard the ISS.

“Imagine gravity pulling all the fluids toward your feet, and in space you don’t have that happening.” Seidler said. “There’s more fluid toward the head—you may have seen photos of astronauts where they have puffy faces in space—but there’s a shift in fluid in the brain as well.”

Astonishingly enough, we know almost nothing about how space impacts the brain. This study is the first to ever analyze how brain structure could change due to microgravity. While it’s still unclear how—or if—gray matter volume returned to pre-flight levels in the astronauts studied, Steidler is conducting a separate ongoing study that analyzes astronauts’ brains in the six months after their returns from space.

“Because of the amount of exercise they’re doing now, astronauts are coming back with their [muscles and bones] pretty well protected,” Steidler said. “But the brain is really still an open question…we don’t yet have available follow-up data to see how long it takes the brain to recover.”

With certain Earthlings’ grand ambitions to go to Mars, it’s important to understand how long stints in space can affect the human body. But this research could also be key to understanding health conditions here on Earth. Steidler said studies like this could help medical professionals better understand brain disorders like normal pressure hydrocephalus, which is caused by a build up of fluid in the brain.

“It’s very interesting to use this as a model to study the maximum capacity for neuroplasticity in the healthy brain,” she explained. “It’s an important model for understanding how much the brain can change when faced with an environment you’ve never been in before.”